Enter your City name or Pincode

Dhule happens to be one of the well-planned cities of India. Since the reign of the British the Dhule city had been very popular for its excellent town planning. When it comes to town planning, after Jaipur and Chandigarh it acquires the third position in India. Mokshagundam Visvesvaraya is the planner of the Dhule city. The city is bounded by ancient heritage forts such as Songir, Laling and Bhamer.
Dhule tourism offers many forts, museums, religious temples and Gurudwaras. The ancient temples of Dhule are flocked by countless pilgrims throughout the year. A majority of temples in Dhule boast the Hemadpanthi style of architecture. Following are the top attractions to explore in the city of Dhule:

The Rajwade Museum (or Rajwade Mandal) 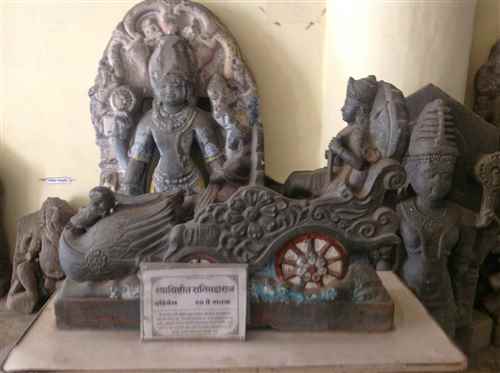 After his death on the 31st Dec, in the year 1926, Vishwanath Kaashinath Rajwade left a nice collection of around 3500 Marathi and Sanskrit Manuscipts as well as an accumulation of historical papers and documents. The Rajwade Mandal was set up in the year 1927, on 9th Jan in Dhule city to preserve the valuable collection of Vishwanath Rajwade for the students and scholars who are studying sociology, history and literature. In the year 1932, on 5th January, a fire proof building was built to house the precious collection of the Rajwade. The Mandal encourages publication and research work within the building. “Namadi Shabd Vyutpati Kosh” and the “Dhatu Kosh” were some renowned publications of the Mandal. A journal named “Sanshodhak” is also run by the Mandal which highlights the writings of the Late Vishwanath Rajwade. Inside the museum the tourists can behold a beautiful collection of Rajput and Mughal paintings, coins, pottery and stone implements from the prehistoric era, copper plates, old manuscripts and sculptures. The museum also houses a lovely picture gallery which displays huge portraits of many renowned research scholars and historical figures. There is a library as well which has a good collection of books on education, history, politics, philosophy and biology.

Sri Samartha Vagdevta Mandir
This temple houses valuable letters, manuscripts and historical records (or chronicles). The temple was set up in 1935 by late Nana Saheb Deo. Nana Saheb who was the legal practitioner at that time started his research work of three hundred saints as well as their publication. This institution preserves the collection of Nana Saheb and encourages to study them as well. Thus, this has become a holy place where “Vagdevta” or the Goddess of Literature is worshipped.

Ekvira Maata Temple
This temple is located on the river bank of Panjhara in Dhule. The Goddess, Ekvira Maata, is the main deity of this temple. The temple happens to be the pride of Dhule and is flocked by a myriad of devotees on a daily basis. Every year during the Ashwin and Chaitra months as per the Marathi Calendar, a Jatra takes place at this pious place. During Navaratri a grand fair takes place every year at this place.

Shiva Teertha Circle
This place is very famous for the Shahid Smarak which was built to commemorate the great hero Shahid Abdul Hamid who fought in the war of 1965 between India and Pakistan. He was also awarded with the PVC (Param Vir Chakra) after his death. Here one can also witness the Pakistani Patton tank which was captured by Shahid Abdul during the war. A beautiful statue of Shivaji can also be seen here. 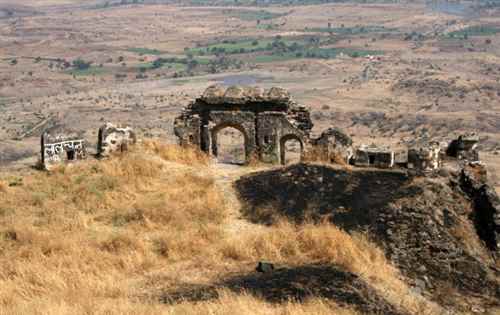 This famous fort of Dhule lies on the summit of a hill. It was constructed during the reign of the great Malik raja Faruqui who transferred the property to his son afterward. Historical facts say that, in 1437, Miran Adil Khan and Nasir Khan were besieged by Bhanrnani (the General) who were later rescued by an army that was moving ahead from Gujarat. Presently, the fort is looked after by Malik Raja’s grandson. It is actually in a decayed and ruined condition at present. The Govt. of India is maintaining the structure of this fort in order to develop it as a tourist spot.

Dhamma Sarovara
It is also called the “Lake of Dhamma” which is situated near Dedargaon Water Plant and lies on the Mumbai to Agra road. This tranquil place occupies an area of 35 acres. The site comprises a Dhamma Hall which can accommodate about 80 students as well as one pagoda with forty cells.

Swami Narayan Temple
This is one of the most visited temples in Dhule which is thronged by a large number of tourists and devotees throughout the year. 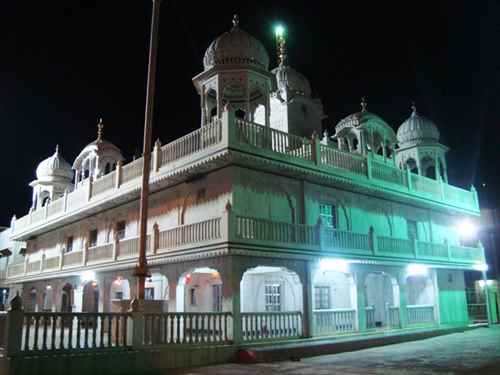 This famous Gurudwara of Dhule city is located on the national highway of Mumbai-Agra. It was built by Sri Sant Baba Sadhu Singhji Muni in 1965. After Sadhu Singhji it was looked after by Niranjansinghji and presently Dhirajsinghji looks after the Gurudwara. One can take an auto rickshaw to get to this place. This holy place is visited by people from all religions. Here the birthdays of Sikh gurus- Guru Govindsinghji and Guru Nanak are rejoiced with great religious fervor.

The Gurudwara occupies an area of 7 acres. One can enjoy food which is served in the large “Langar Hall” of the Gurudwara and remains open throughout the day. The Gurudwara boasts an impressive golden roof and its beauty had been enhanced by a hanging Jhoomar at its center. During festive time, the Gurudwara is flocked by a large number of people from Amalner, Manmad, Shirdi and Nasik. This is a popular halting place for tourists heading towards Nanded. Within the premises of Gurudwara a huge garden can be seen. Here kids are encouraged to do Bhakti and Kirtan, spiritual learning is also imparted to them. The Gurudwara highlights high flag-poles that hold the Sikh Flag and thus it can be easily recognized even from a far-off place.

Shirud Temple
This holy temple is situated at the meeting point of 2 rivers and is dedicated to Goddess Kali. This pious place is located in the suburbs of Dhule which is approximately 21 kms away and lies on the NH-211. This temple was built in the 1200 AD which was rebuilt later during the reign of Marathas. The festival of Navratri is the main attraction of this place. In the month of February, a fair named Jatra is held here which continues for ten days. 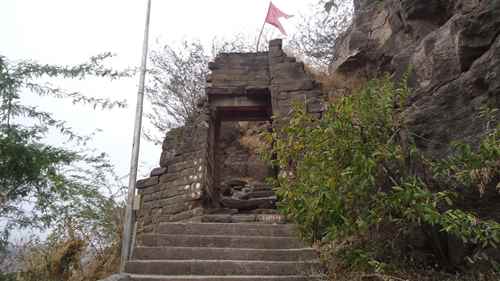 Songir Fort is a renowned fort of Dhule which was built in 1820. The fort boasts of the inscriptions of Ugrasen’s (Raja Mansingh’s son) valor at the entrance gate. The Songir Fort comprises a reservoir and a very old well by the side of a ruined water system. The fort can be accessed by entering through a stone gate which is still in a good condition. Some broken pipes can also be seen in the fort which indicate that these water systems were used by the fort people in the olden days. 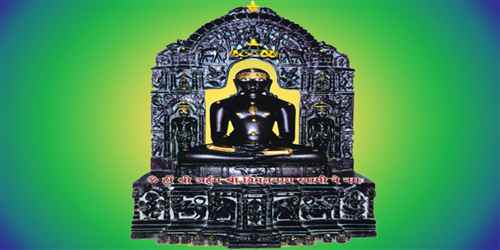 As per a legend, a farmer found the idol of Shri Vimalnath Bhagwan while he was ploughing his land. It is also said that this 77 inch tall idol was preserved at the house of that farmer in the village Balsana of District Dhule. A sage named Acharya Shrimad Vijay Vidyananda Surishwarjee, who lived in a nearby locality heard about this story and went to visit the farmer. The sage got success in convincing the farmer to hand over the idol to the Jains so that they can take good care of the idol and perform puja as per the Jain rituals. The farmer agreed on this and then Vijay Vidyananda conducted a meeting where he called various Jain Sanghs. After the meeting, they all decided that Shri Shitalnath Bhagwan Sanstha in Dhule will construct, possess and manage all the temple activities of Shri Vimalnath Bhagwan in the Balsana Village. The Dhule Sangh governs and takes care of this temple to this day.

Landor Bungalow
Earlier it used to be a Govt. Rest House which later turned into one of the most sought-after places of attractions in Dhule. From Dhule this bungalow is about 12 kms in the South West direction. It is positioned at a cliff inside a forest and highlights a stunning waterfall which originates from a small stream. It is said that once upon a time Dr. Babasaheb Ambedkar resided here and his possessions have been protected here till today. This tranquil place takes you away from the hustle and bustle of the city. The bungalow is bounded by picturesque forests with an eye-catching view of a wide range of birds. 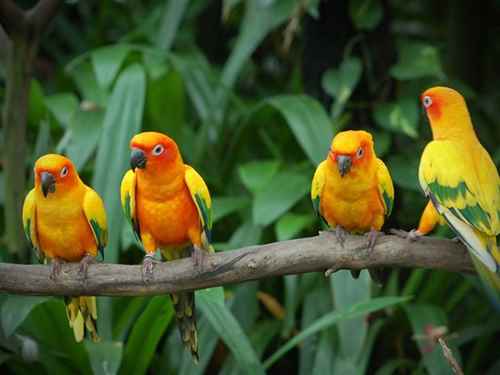 This renowned sanctuary of Dhule district is located on Satpura’s south-western range in the Tehsil Shirpur. The boundaries of this sanctuary are shared with the Yawal sanctuary and a few other sanctuaries of MP (Madhya Pradesh). Earlier it was abundant in wildlife, now again the sanctuary is making efforts to get back its earlier status. The most favorable time to visit the sanctuary is between Nov to Feb. Chikaras, jungle cats, barking deer, porcupines, monitor lizard, jackals, wild boars, wolves, hyenas and hares are the most common animals that can be seen in the sanctuary. Among birds- quails, egrets, corts, peafs, partridges, owls, herons, cormorants and spot bills are just to name a few. Cranes, waders, brahminy ducks and stokes are among a few migratory birds that can be seen in this area.

Icchapoorti Mandir
This temple is located by the side of the National Highway 6 towards the Sakri town in Dhule Dist. It is dedicated to Lord Ganesha. The locals believe that the devotees who come here and offer their prayers to the Lord get their wishes fulfilled for sure.

Sardar Vallabh Bhai Patel Garden
It is located on the J. B. road of Dhule. This beautiful garden is an ideal place for the Dhule people to enjoy their evenings with their family and friends. This garden also serves as a nice picnic spot.

Indasini Maata Mandir
Situated in the village of Varkhedi-Kundane, this pious temple is positioned at the summit of a hill. One can enjoy the picturesque view of the entire Dhule city from this temple.

Butterfly Garden (Laling)
The forest area in Laling occupies a 4200 hectares area and was declared “Forest Region” in the year 2014. In this quiet and calm area, an elaborate butterfly garden has been proposed. This garden would boast of exceptional and uncommon species of stunning butterflies. It will also display the unique paintings, traditions, lifestyle and culture of the Adivasis. The center of this garden would feature an unnatural waterfall. This proposed garden would enthrall both tourists as well as students who can gather information about the various butterfly species, flowers as well as the culture of Adivasis.
Apart from the above allures some other must-see places of Dhule are- the Lal Baugh Maruti Temple(dedicated to Lord Hanuman), Deopur Church, Santoshi Maata Temple, Bari Jama Masjid, Sambhavnath Bhagwan Temple(Jain Temple situated close to Shiva Teertha Circle), Dedargaon Spot(famous for its scenic beauty), Nakane Spot(place for water sports lovers) and Seventh Day Adventist Church.

Are you a Business Owner?

Add the products or services you offer